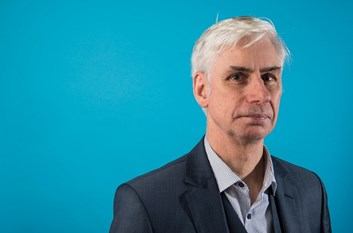 There can be few in the planning world in England who are unaware of what I think it is fair to call a crisis over water quality. It goes by the tongue-twisting title of Nutrient Neutrality. Or you could say making sure that new development is net zero nitrate (or phosphate). To the best of my comprehension it began as a result of a European Court of Justice ruling (remember them?) in 2018 regarding the operation of the EU Habitats Directive (Remember that? Of course you do, it’s still in force). As a result Natural England began issuing directives of its own to local planning authorities, starting in the Solent area of Hampshire stating that no planning permissions for housing could be issued unless applicants could demonstrate that new housing would not add at all to the load of pollution coming out of sewage treatment works. One way of doing this is to create additional wetland habitat to replace the habitat damaged by ongoing pollution.

Anyone familiar with wetlands will soon appreciate that these priceless habitats take some time to be created – it is estimated five years. So mitigation – sorry eliminating – the impact of a single house is not easily achieved. Nevertheless with a lot of creative thinking on the part of local authorities in Hampshire and housebuilders a collective tariff based scheme was devised and it began operation around early 2019.

Sadly the progressive monitoring of Natural England has identified more and more habitats at risk from polluted water and more and more local planning authorities were told to stop granting planning permissions unless Natural England was satisfied about mitigation. First in the Somerset Levels, then in a lot of Herefordshire and Shropshire and parts of Kent. The count reached 74 planning authorities in March 2022, a kind of grand finale. (At least I hope it is a finale.) The Home Builders’ Federation estimates that about 100,000 homes are held up by this policy.

Those with long memories will recall this is not the first time we have had such a crisis. Threats to the Dartford Warbler and other nesting birds held up 40,000 homes around 2007 west of London while Natural England and housebuilders tried (eventually successfully) to find ways to allow people in new homes to walk their dogs without hurting wildlife.

The Government has listened to strong voices of concern from the RTPI, the HBF, the Construction Leadership Council and many others calling for resolution of this problem. In a response to a DEFRA consultation on environmental targets, the RTPI also called recently for more ambitious targets on farming pollution to be set for 2037 than DEFRA is proposing. It does seem strange that it is new housebuilding which is being held almost solely responsible for a problem which is due to both agricultural pollution and also existing sewage.

A Government press release last week proposed a new scheme with (as yet unknown) funding towards the improvement of water treatment works to unblock the flow of new permissions. The Government has also proposed a new “legal duty on water companies in England to upgrade wastewater treatment works by 2030 in ‘nutrient neutrality’ areas to the highest achievable technological levels”. However there has been no announcement regarding the contribution of agriculture.

It is clearly imperative that something is done quickly. The most critical casualties are small building firms dependent on being able to develop sites they have bought, as the Financial Times reported on 18 July (£). But inside the planning profession there are longer term issues. Where local plans depend on allocating land within (what is now deemed) critical river catchments, there is a concern that local plans will be held up for example in Shropshire and Greater Norwich. It seems like the last thing we need is slower local plans.

The RTPI believes that the current state of planning for the environment needs a shake up. We, along with the Broadway Initiative, have been developing the concept of  local environment improvement plans (LEIPs) which would bring all the current plans for water, habitats, farming support, air quality and coastal management into a single whole. This would make the key task of aligning environmental plans and local plans a lot easier, which, for example, could mean that plans such as the Greater Cambridge local plan would have  a guaranteed water supply to all sites.  A starting point for LEIPs could be the Local Nature Recovery Strategies brought in by the Environment Act 2021.

There are so many reasons now why we cannot let environmental planning continue to be a side show. Drought, flood, heat waves, and even sea level rise are all needing long term solutions. And for public health reasons we now know just how important easy access to nature for our own species is - for all of us.