This Graphic from the UK Dept of Energy etc, conceals the true state of the inefficiencies of a Centralised power systems (as opposed to Decentralised power systems). If we correctly dismiss Imports and Renewable Energy (as they are non-generated) then inputs to power generation are 44.9 with losses of 29.2 (plus a possible component of the 4.0 units regarding Energy Industry usage and other losses - that we have ignored for the moment).

Interestingly enough the usage of Gas by the domestic sector {Heating and Cooking} at 27.4 is within the heat losses of Centralised Energy production!
IF ONLY WE COULD..............wait a minute!

Combined Heat and Power - CHP (decentralised power) can do both, at fuel efficiencies in the order of 85% {as the 'waste' heat is distributed to end users via a Heat Network}. Just like in Copenhagen, Denmark.

The Heat Network distributes heat energy in the form of hot water (very hot water at normal or high pressures) via heavily insulated high volume pipes. Then each sub-zone would have a smaller distribution pipe. Finally each property would have a connection and provide a Heat Exchanger {in place of typically a Gas Boiler} plus a large hot water storage tank. The Hot Water Tank is to provide "buffering" between Supply and Demand - typically those working may concentrate demand around their working hours. This factor can cause issues where a "Just In Time" [JIT] system would fail.

If we add in the technology of bio-digestion (from Sewage and Organic wastes) we have a source of bio-methane to run these CHP systems - using the UK's excellent and extensive Gas Grid! Plus there is the use of Compressed Bio-Methane - CNG - as a transport fuel too {with a much lower Fuel Duty}.

Our message - STOP DEMONIZING GAS {Methane} Plus: Bio-Methane should be considered as "Carbon Negative" {as it removes methane escape to the atmosphere} and there are many, many sources of escaping methane to be tapped. 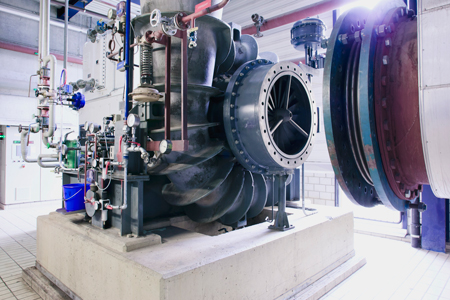 Combined Heat and Power (CHP) is not a new idea to the UK. Woking for example, has a large district heating network which makes considerable carbon savings and the Immingham plant on the Humber is a large industrial example. Yet when one compares the UK to Sweden, UK CHP seems very underdeveloped in comparison. Here we would like to discuss just what makes Swedish CHP so great and what the future holds in the UK for the technology.

We won't cover the technical aspects to CHP cogeneration here, as just an introduction is needed. The principle is simple however; whether on a micro scale or on an industrial scale, power production and industrial processes usually create a lot of heat, which is wasted ''potential'' energy. CHP cogeneration aims to take this waste heat and make it useful, increasing the efficiency of the installation. Often this will mean piping the heat to nearby buildings to be used for domestic, industrial heating, or even, additionally [by the use of Absorption Chillers] chilled water for air conditioning! Known as TRI-Generation 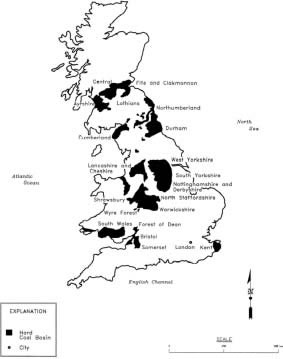 Coal mine methane (CMM) is the term given to the gas trapped in coal seams, which has an approximate chemical composition of 70% methane, 15% carbon dioxide and 15% nitrogen. The gas is released once the seams are mined and can then escape to the atmosphere. Internationally, the UK was the sixth largest producer of coal mine methane in 1990,140 behind China, the former Soviet Union, the USA, Germany and South Africa. The UK submission to the UNFCCC declares that 0.24 Mt of methane were emitted from active coal mines during 2002, accounting for 12% of all UK methane emissions.

Historically, the contribution of coal mine methane to the UK’s methane budget was more significant when major coal fields in the UK where extensively mined for power generation and industry (Figure 20). However, the decline of the UK coal industry and subsequent large-scale pit closures has resulted in far fewer mines and emissions. In 1947 there were 958 mines producing 189.6 Mt of coal annually. At present, there are just 17 deep mines and 39 open cast mines in the country, producing a total of 27.8 Mt coal in 2003.

The open cast mines release methane directly to the atmosphere. However, emissions from such mines are small as the seams lie close to the surface and have retained little of their original methane over geological time.

Why recover coal mine methane?

The primary reason for recovering coal mine methane is safety. Historically, underground mine explosions have been the cause of many injuries and fatalities, so reducing methane concentrations underground has aided mine safety operations.

Secondly, there is an economic motivation: if methane from coal mines can be captured, it can be used directly as a fuel or to generate electricity.

Lastly, there is the environmental imperative: reducing emissions of methane to the atmosphere aids the meeting of Kyoto and other targets.